Saints: The Standard of Truth Reviewed

As a former member of the LDS church who lost his faith largely over issues in LDS history, I find it interesting to put my finger on the pulse of how they are telling their story. So, I decided to read this book.

First off, the narrative style of this history book is engaging and very readable. The personal stories are inspiring and it was nice to see that the church is becoming more comfortable talking about things that have been, well, glossed over in the past. Some might say that they were hidden. For example, we see straightforward acknowledgments that Joseph Smith smoked and drank throughout his life, or that he was aware of and approved of the actions of the Danites in Missouri. The book also contextualizes a lot of the history, albeit in a still slanted way. When I was reading LDS history books I was once told, "You wouldn't go to a Ford dealership to get good information on a Chevrolet, would you?" Well, I had to admit that I wouldn't but I also had to point out that Chevrolet dealerships aren't the best place for unbiased information on Chevrolets either. This book is a Chevrolet dealership's attempt at more candor about their own cars after having been rocked with several large and public recalls. I don't know, that's the best metaphor I can come up with.

A good example of this is the treatment of the Missouri Mormon War. We get a very detailed and moving account of the Haun's Mill Massacre. And don't get me wrong, that was a truly horrifying event; true evil in action by the men who committed those actions. But when we get to the Battle of Crooked River, we don't get an account of the capture and vicious mutilation of Samuel Tarwater by the Mormon combatants. That part gets skipped. And that's a real shame because this one-sided storytelling a really big part of what led me out of this church. This book (like the church history stories I listened to as a small child) portrays the history as a cosmic battle between God and Satan. It is a childish, black-and-white way of looking at the world. Everything is couched in that context and the real people on both sides of the conflict (with their own real hopes, fears, and dreams) get lost. Their real stories are so much more interesting and understandable when you look at them from their real points of view in a more balanced way. This history book is more balanced than any the church has ever produced, but it is not at the point where it could be considered balanced. This is the Chevrolet salesman who is trying to acknowledge some of what everyone knows about his cars because he knows it will be insulting not to.

I actually enjoyed it quite a bit for the first 2/3 of the book. I did get frustrated toward the end when the book started to hit some of my least favorite apologetics for Joseph Smith. It is clear that the church is still very uncomfortable facing some aspects of Joseph Smith's life. For example, you won't find any accounts of when Joseph became physically violent with people, when he asked for people's wives to test their loyalty, his high-pressure marriage proposals to foster daughters, when he ruined the reputations of women who refused polygamous proposals, how Joseph made his money, etc. "Some things that are true are not very useful," I guess.

According to the book, Joseph's denials of "polygamy" and "spiritual wifery" are okay because of his careful wording. Apparently, lying is acceptable as long as you carefully word your lies. I almost want to go to a temple recommend interview so I can say, "What a thing it is to be accused of drinking coffee when I can't find a mug in my hand! I am the same man, and as innocent as I was fourteen years ago; and I can prove them all perjurers!" Apparently, that is totally honest. Oh brother. It would be one thing if the church were making the argument that Joseph had to lie to protect people's lives (I would lie to save Anne Frank from the gas chamber, that's not a sin). But that is not the argument they are making. They are making the argument that lying through word games is not dishonest, and they sacrifice their morals to make Joseph Smith look better. It's weird. And they do it in the Nauvoo polygamy Gospel Topics essay too.

Continuing on with the bizarre Joseph Smith apologetics, at one point the book asserts that Joseph didn't have many rules governing the practice of polygamy. However, if I am not mistaken, D&C 132 has a whole bunch of really specific rules about polygamy, and this is the revelation he supposedly received in the 1830s that he referred to but only produced much later. The revelation starts out with God himself stating, "My house is a house of order" followed by all of the super-specific rules about polygamy. No, the issue isn't that Joseph lacked rules, it is that Joseph had a whole bunch of uber-specific rules and then he went out and did a whole bunch of other, different weird shit (pardon my french). And you won't find out about any of that weirdness from this book. You'll get just enough from this book so that you can think you know what's really going on, but you don't.

At another point, the book recounts a time where Joseph, Emma, and Emily Partridge are present in a situation where Emma finally decides to go along with polygamy and chooses Emily to marry Joseph. Then the book states that *Emily* decides not to tell Emma that she already married Joseph to spare Emma's feelings. I almost screamed at the book, "Emily decided?!?! We're going to blame this lie on Emily now? What about Emma's fucking lying gutless wonder of a husband?" Yeah, sorry. That part really pissed me off. Poor passive victim Joseph. He'd do the right thing if only someone would just let him. If only teenage Emily would have just set things right with all of the (much more powerful) adults in the room. Barf.

But I can see why the church is so reluctant to really go into depth on the life of Joseph Smith. In the end, I left the church because I felt compelled to choose between a Monster Mormon God that orchestrated Joseph's actions and a Monster Joseph Smith. The facts on the ground indicate that at least one of them is a monster. Dealing with a Monster Joseph Smith was more comfortable and made more sense to me in the end. It hurt when I finally realized that if I had lived near Joseph Smith in his time, I would never want my wife or daughters anywhere near him. God, he was such a hero to me when I was young.

Contrasting the whitewashing of Joseph is the treatment of William Law. I guess I get it, the church needs to see him as a top-ranking general in Satan's army, otherwise the story reflects badly on Joseph. But the fact is, if you read Willam Law's story from his point of view, his actions don't seem all that unreasonable. Law spends years defending Joseph from "vicious lies" about polygamy only to find out that they are true. I can empathize with the feeling of that betrayal and can totally see how that would lead to anger and a falling out and an attempt to set the record straight in print (complete with angry name-calling). Joseph was playing with fire having a secret class of polygamists in the church while lying by omission (and sometimes explicitly) to the rest.

When reading this book, I read about all sorts of terrible things that Law did that I had never heard about in all of my LDS history reading. So I followed the footnotes and read the accounts by some guy in the late 1800s in Utah who said he went on all of these secret missions as directed by Joseph Smith and gathered all this dirt on William Law and witnessed him doing all sorts of terrible things. I'm pretty sure I know why no other historian had brought up these "facts." It's because all of it reads like some old guy making up stories to get attention. Some old guy that nobody has ever heard of just happens to have been Joseph's best friend and went on secret missions 40 years ago and didn't tell anybody until the late 1800s... My narcissistic grandfather used to tell those kinds of stories and they were all bullshit. 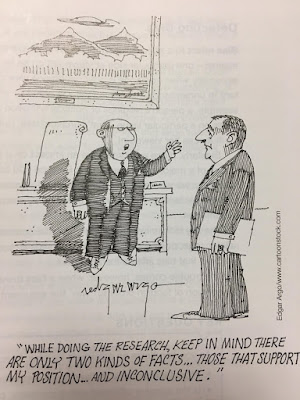 Hey, but I guess it could have happened, right? I don't know for sure this old guy is lying. It sure reads like it, but I don't know for sure 100%. One thing I do know for sure is that this book would have never taken a disparaging comment about Joseph Smith as fact with flimsy evidence like this. There are two standards of evidence. If someone says something good about Joseph Smith or bad about William Law, the bar is low. The evidence is probably true. If someone says something bad about Joseph or good about William Law, the bar is high and the evidence is probably false. This is a good method to use to reinforce a childish, black-and-white view of the world, but not a good way to figure out the interesting story of what really probably happened, and certainly not a good way to figure out if you are wrong.

Overall, I'd much rather read this than "Our Heritage." It's way more interesting and balanced than that, but it still isn't anywhere near as balanced as something from a top-notch historian who is trying their best to apply consistent standards of evidence to figure out what most probably happened. If you really want to understand what went on, you need to find someone like that to read. If you want to reinforce a childish black-and-white view of the history of the LDS church but learn more than what you can get in any other book published by the church, this is the book for you.
Posted by Heath Workman at 11:38 AM